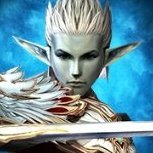 By Ray,
June 27 in Pre-Opening Discussion

Top Posters In This Topic

Having no boxes can solve a lot of problems, but who solves the problem of no one wanting to play a buffer/BD/SWS as his mainclass.

In my opinion this is a step in the right direction. On previous iterations of the server, one of the mayor problem was full drops vesper items from bosses, players skipped gear crafting burning the c